Empowering Business With Data and AI

We know the power of data and data-driven decision. We help companies and organizations move forward and get real value from inside.

How can we help you?

Ad-hoc solution in order to customize AI models to your case: getting advantage versus competitors, tailored to your own internal infrastructure, being the only owner of the solution.

You want: a “Plug & Play” solution, no need of ownership, and you demand a pay-per-use business model to tackle general business problems.

hAItta is a Swiss artificial intelligence firm with worldwide operations and business. Its working and research scopes are machine learning, computational vision, and natural language processing. applied to the businesses & financial aspects and security realms. Its customers are mainly international firms and supranational organisations. We help them with our proprietary A.I. solutions in order to improve their financial performance: reduce operational costs, increase turnover, decrease fraud, etc.

hAItta (⼊った), past tense of the Japanese verb hairu (⼊る), to enter.
The artificial intelligence is already here. It has already ENTERED our lives and nothing is going to be the same anymore. This thought took us to choose the verb hairu (⼊る) in its past tense.
The AI is the result of the human excellence on researching, testing, improving several fields of the human knowledge: Mathematics, Linguistics, Statistics, Computing, Common Sense Reasoning, Medicine... Following this rationale and to produce the company logo, we chose initially the Japanese kanji of hito (⼈), human being. To this ideogram we added two more strokes. The resulting image became our logo in which human being and AI were blended; i.e., from the kanji of hito (⼈) the sprouted: AI serving human wisdom. 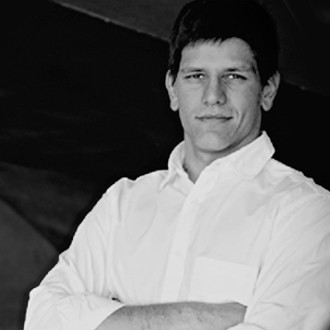 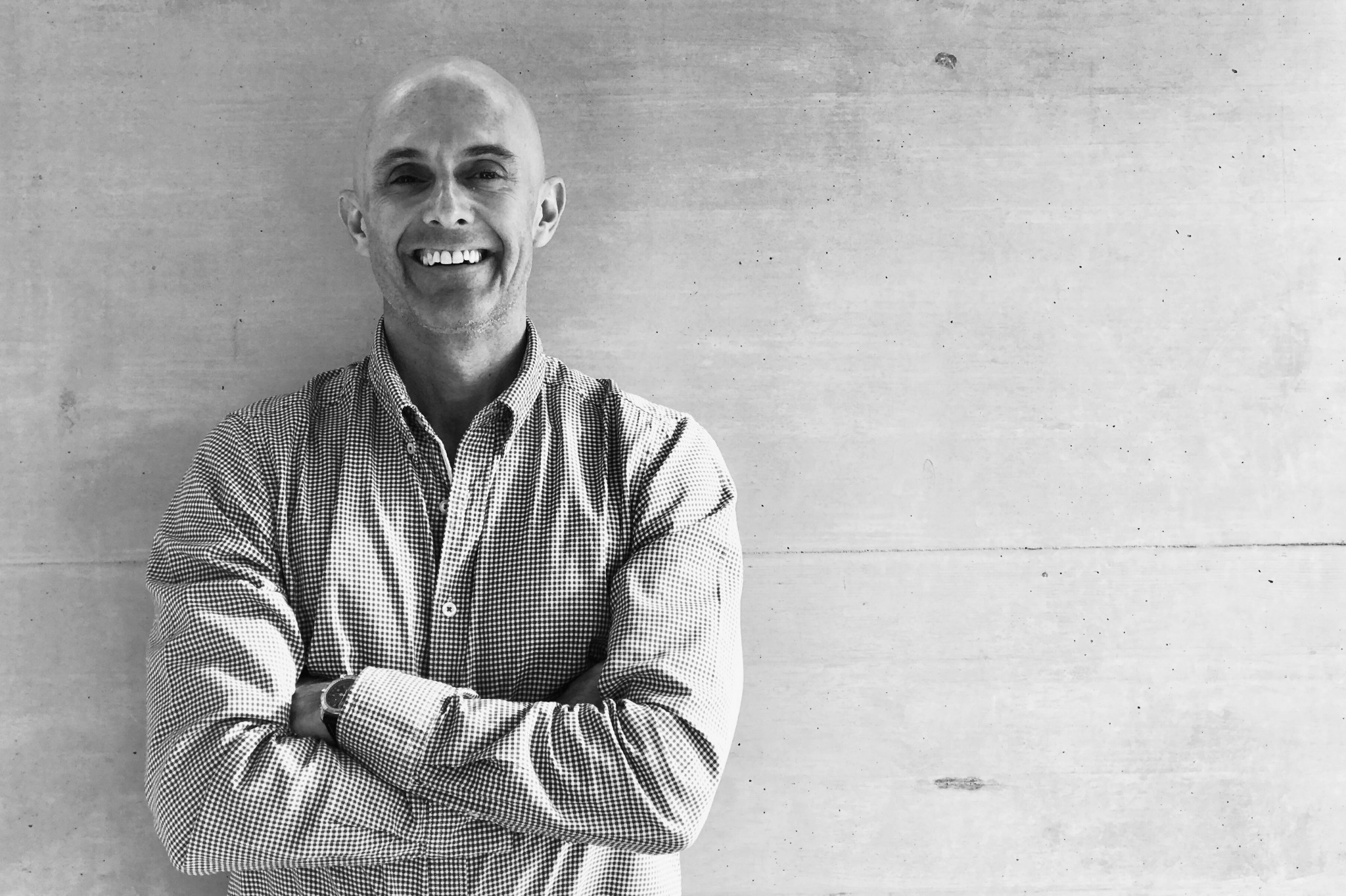 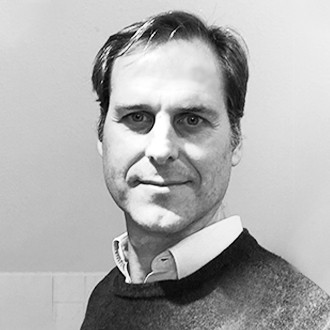 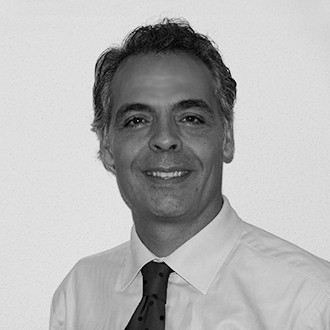 hAItta (⼊った), past tense of the Japanese verb hairu (⼊る), to enter.
The artificial intelligence is already here. It has already ENTERED our lives and nothing is going to be the same anymore. This thought took us to choose the verb hairu (⼊る) in its past tense.
The AI is the result of the human excellence on researching, testing, improving several fields of the human knowledge: Mathematics, Linguistics, Statistics, Computing, Common Sense Reasoning, Medicine... Following this rationale and to produce the company logo, we chose initially the Japanese kanji of hito (⼈), human being. To this ideogram we added two more strokes. The resulting image became our logo in which human being and AI were blended; i.e., from the kanji of hito (⼈) the sprouted: AI serving human wisdom.

Javier brings to hAItta more than 30 years of experience in the airline industry. He has an university degree in Business Administration and holds a MBA by the IE Business School. After having joined IATA by the end of the 90’s as Financial Manager, in 1999 he was appointed Assistant Director IDFS Operations Southern Europe; in April 2002 he achieved the position of Country Manager Spain & Portugal; in December 2005 he was promoted to Director Operations Europe; and in July 2010, he was appointed Global Director of Operations, based in Geneva, heading the clearing and settlement operations of IATA worldwide. He held that position until 2015.

Domingo Senise de Gracia, hAItta co-founder & non-executive Chairman. His experience spreads for more than 20 years in fields such as business strategy, innovation, and AI in several sectors –consulting, finance, IT, intelligence, and civil service. He began his career in Towers Perrin, to go on in the Spanish Ministry of Interior, later idealista.com, Sociedad de Tasación, and eventually Taiger, holding different executive positions. Domingo holds a MSc. in Artificial Intelligence by the Universidad Politécnica de Madrid, a MBA by the Universidad Pontificia Comillas ICADE-ICAI (Spain), a MA. in Linguistics by the University of Salamanca (Spain), and a BA. in Conference Interpreting and Translation (English, German, and Japanese) by the Universidad Pontificia Comillas ICADE-ICAI (Spain).

Hugo Mérida Barba, hAItta partner & Board Member. Hugo brings more than 25 years of investment experience in financial assets, venture capital, real estate, and alternative investment through executive management roles in Madrid, New York, Hong Kong, and Frankfurt. He began his career in 1994 at HypoVereinsbank, followed by 18 years in BBVA. Currently he leads MvM Capital, an impact investment firm based in Frankfurt, and is a senior member of the investment committee of Audentia Capital in Malta. He has been advisory board member of the international fund Round Hill Capital (€6Bn), and senior advisor of EDM (€4.3Bn) and Azimut (€48Bn). Hugo Mérida Barba holds a BSc. in Economics & Business Administration by the Universidad Autónoma of Madrid and the Frankfurt School of Finance & Management, and a MSc. in Finance by the Universidad Pontificia Comillas ICADE-ICAI (Spain).

Mariano Ferrero, hAItta CTO. Mariano has been working since 2011 in the development of corporate solutions, mainly web, of various levels of complexity and different domains -insurance, retail, marketing, etc. His profile has been featured mainly by a technical aspect, integrating skills in teamwork and management for carrying out challenging projects in an efficient manner. Since 2012 his interest in Artificial Intelligence has led him to specialize increasingly in the areas of Machine Learning and Natural Language Processing. Mariano holds a degree in Software Engineering by the Universidad Católica de Santiago del Estero (DAR) in Argentina and a MSc. in Artificial Intelligence by the Universidad Politécnica de Madrid in Spain.

Our relationship with the Academia is very important, as a double flow:

Fraud and default detection on the flight ticket sale activity.

Internal Fraud Detection based on Learning and Data Science Techniques.

Insurance Firm in the Region

Profiling customers through AI techniques to understand their business behaviors and diminish their churn rate.

Optimization of the trading of electricity generated by renewable energies, in the Iberian wholesale market.

some of our customers

We bridge the gap between academy and industry applying state-of-the-art AI research to solve business needs.

Group Decision Support Systems (GDSS) can be essential in situations in which multiple persons are involved, each having their own private perceptions of the context and the decision problem to be tackled. Multiple criteria decision aid (MCDA) methods may be a useful tool in coping with such interpersonal conflicts, being required occasionally the preference aggregation and disaggregation methods to achieve consensus amongst the group members.

When a ensemble of classifiers is generated it has been shown that pruning it into a small number has better results. This article presents a review of some of the existing classifiers selection methods, both static and dynamic.

In this paper two different approaches regarding the removal of tumor cells are explained. The first one is taken from the scientific article Environmentally Controlled Invasion of Cancer Cells by Engineered Bacteria; and the second one stems from the article A Smart and Versatile Theranostic Nanomedicine Platform Based on Nanoporphyrin.

In this article a simulation is exposed and explained in which a group of multi-agent nanorobots, after having been injected into a human body, search for a tumor in it and, as soon as they discover it, they gather and destroy it.

In this article it is discussed the need to have a more user-centric attitude regarding the ontology retrieval information if our aim is to universalize this kind of knowledge representation, and to this end two approaches are introduced which follow this line of research: FREyA, an English natural language interface developed in the Department of Computer Science of the University of Sheffield; and a German natural language interface developed in the University of Applied Sciences RheinMain in Germany.

The Winograd Schema Challenge – A Step beyond the Turing Test.

In this paper the Winograd Schema (WS) Challenge is explained: an alternative to the Turing test -the Imitation Game.The Winograd Schema Challenge is a test of machine intelligence proposed by Hector Levesque, a computer scientist at the University of Toronto, in 2011. It is a multiple-choice test that involves responding to typed English sentences of a very specific structure: they are instances of what are called Winograd Schemas.

It would simply reinforce what is evident, if it were stated: "Robots are becoming an essential part in our daily lives". Currently the use of robots in several and different industries is widespread. Nonetheless, how do we communicate and interact with robots? If robots are playing gradually a more important role in our day-to-day routines, we will have to develop humanlike dialogue-processing mechanisms to ease that interaction.

If you are an AI engineer, a data scientist or a NLP specialist looking forward to facing amazingly challenging projects, please forward us an email including your Linkedin profile url and we'll get back to you.